From conventional 320 sheet to luxury 3 Ply toilet tissue, these rolls are suitable for all washroom environments and are soft and strong giving maximum comfort. You can find our full range of toilet tissue products on our website – www.espenigma.com 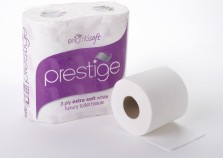 Over the last few weeks the site at Blackmore Park has been taking shape – just take a look at the progress……. 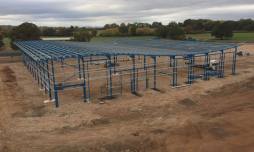 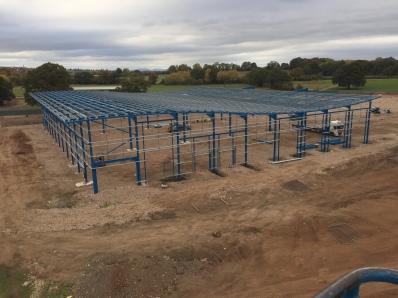 Today marks an important day in esp history with the first steel columns being lifted and secured into place on site at Blackmore Park. Once the steel frame has been completed just over 1080 tonnes of steel will have been erected over 100 days.

esp are now the only truly independent disposable paper manufacturer in the UK and our new home will consolidate all operations, allowing us to function more efficiently, whilst allowing for expanded manufacturing capability and an increased storage and distribution area. 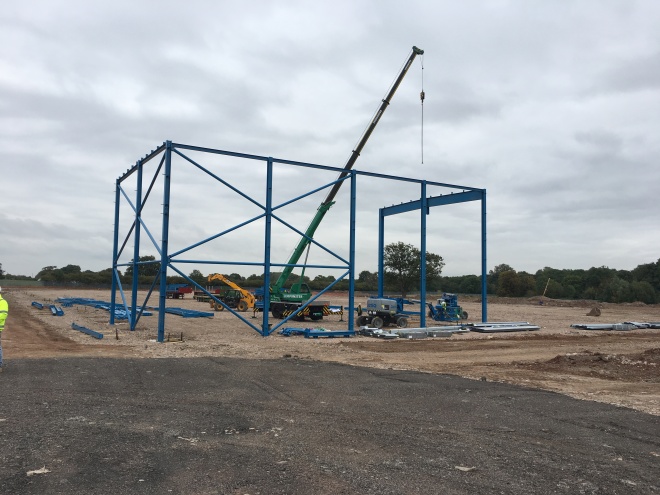 Join us on the journey via @ESPenigma on Twitter using #100daysofsteel

esp will be taking part in the 3rd annual Worcestershire Festival of Business on Friday 16th September.

The Festival of Business is a one day ‘Business Exhibition and Networking Event’ that will be held in the High Street and The Guildhall of Worcester City Centre from 9am to 4pm.

Money raised from the event will go towards a 14 week entrepreneurial training programme that will teach local disadvantaged young people, the knowledge and skills required to set up their own businesses.

Come and find us near the Guildhall tomorrow !!

After seeing the toilet paper wedding dresses created for the 12th Annual Toilet Paper wedding dress contest Emma Gracie, who is at esp for work experience, was inspired to make her very own dress.

Using a mixture of 2 ply Jumbo Toilet Roll and Airlaid Industrial Roll, Emma created a small scale version which proved to be slightly trickier than first thought – who knew toilet paper would be so difficult to stich??!

Check out the images of the final piece…. 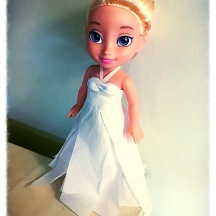 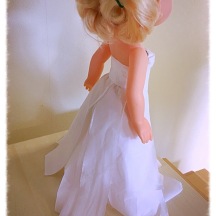 And here is our dress model back home with a very excited Charlotte….. 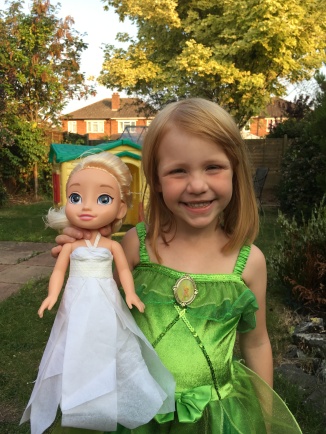 Team GB are a week into this year’s Olympics and have already clocked up 16 medals across 10 different events.

Going into the weekend Team GB will be competing in the Men’s and Women’s Coxed Eight Rowing finals.

We’re supporting Team GB all the way and have even created our own Olympic Rings out of (would you believe it?!) an empty toilet roll core!

The study observed the behaviour of 3,879 visitors – 2,474 men and 1,405 women when washing and drying their hands following a visit to the washroom. Each washroom had both paper towels and jet air hand dryers situated directly above each other. Faced with these drying options, 90% of men and 91% of women chose paper towels over jet air dryers.

“We undertook this study during ISSA Interclean in order to give us a better understanding of people’s behaviour in washrooms,” explained ETS Chairman, Roberto Beradi. “The results are very clear. People overwhelmingly plump for paper towels as the preferred way to dry their hands following a visit to the washroom.”

Previously, research by leading microbiologists has shown single use towels offer the most hygienic way to dry hands following hand washing during a washroom visit.

“We now have proof that in addition to helping prevent the spread of viruses, nothing is more hygienic than paper to dry your hands, but also that paper towels are the most preferred option among users,” added Roberto Beradi. “Facilities managers should take note if they want clients to be happy and healthy following a trip to the washroom.”

In order to keep you and your clients happy and healthy, why not take a look at our wide range of hand towels here http://espenigma.com/Products/Hand_Towels  or contact ESP HQ for a free sample on 01684 893 797.

Starting off just after 4am on Saturday morning, the team headed up the Miners Track towards the peak of Snowdon through thick fog and pouring rain. A few hours later, a soggy but ecstatic team reach the peak with enough time to take a selfie before heading back down.

Cadair Idris was next and with the rain not letting up the team pushed onwards and upwards to reach the peak around 2pm ahead of schedule. 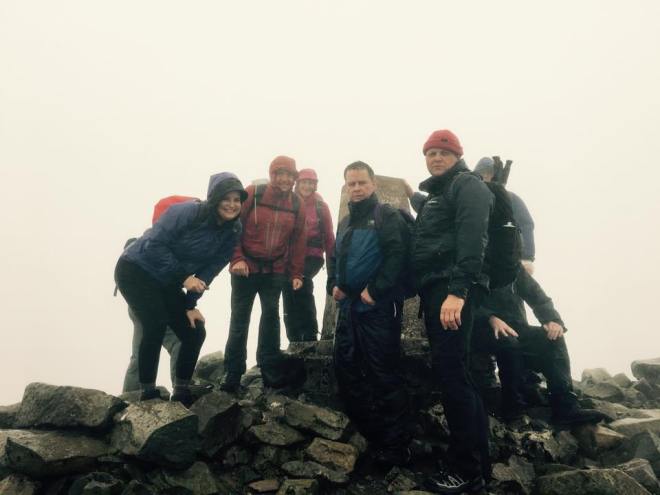 With the journey to Pen Y Fan taking its toll on tired muscles the final peak seemed a daunting prospect, however the team charged through the final barrier to reach the peak and head back down to finish in amazing time – some finishing within 15 hours, but all completing under 15 and ½ hours.

Together Team Enigma tackled over 23 miles and accumulated over 500,000 steps. The Three Peaks destroyed boots, waterproofs, mobile phones and a few muscles, however the team finished with their sense of humour still intact and smiles firmly on all faces.

The Team completed the challenge to raise money for two charities WedAid and Midlands Air Ambulance.

WedAid (1153279) is a local charity which raises money to help change the lives of children in schools or orphanages where the smallest gifts can make the biggest difference.

The formal objectives of the charity are: To advance education, relieve poverty and promote good health of children and young people anywhere in the world, in particular but not exclusively by the provision of money, items and services to schools and orphanages.

What is not widely known is that Midlands Air Ambulance receives no Government or National Lottery funding. Each Midlands Air Ambulance mission costs £2,500 and in excess of £7 million is needed each year to keep its three air ambulances operational, which is donated entirely by the public and local businesses.

You still have time to donate so please give all you can!!!!

Check out a few pictures from Team Enigma’s Challenge: 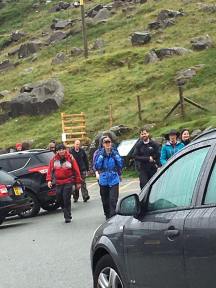 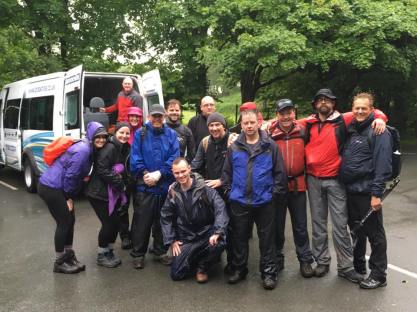 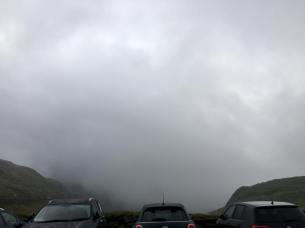 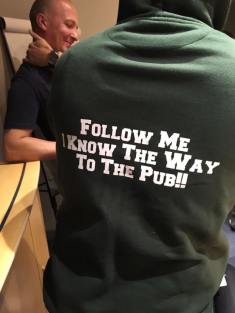 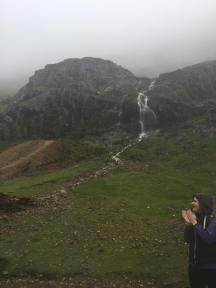 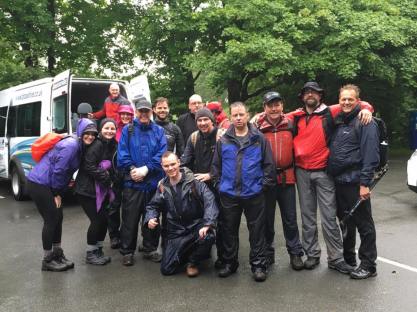 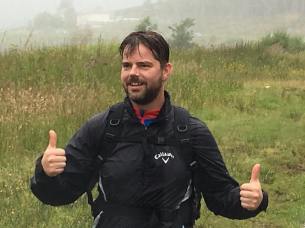 We were delighted to attend the Hereford and Worcestershire Chamber of Commerce Business Awards 2016 at the University of Worcester Arena last night. Although we missed out in both categories, becoming finalists was a great achievement considering the high calibre businesses we shared the evening with. We would like to send our congratulations to all the winners and extend a huge thanks to the Chamber for putting on a wonderful evening.

Tomorrow night we will be attending the Hereford and Worcester Chamber of Commerce Business Awards 2016 at the University of Worcester Arena.

Wish us luck and follow us on Twitter @ESPenigma for all the action from the awards as it happens!!